Virgin Stripped Bare By Her Bachelors

Korean auteur director Hong Sang-soo creates a cryptic romance shot beautifully in Black & White. The story captures a love triangle-like relationship between a filmmaker, his enigmatic young female assistant, and his friend is told twice, with the second version retelling their affair in a different light. Soo-jung (Lee Eun-ju) is a Cable TV writer who is working with Young-soo (Mun Seong-kun), the producer of the same team. He goes with her to an art exhibition held by his former junior student, Jae-hoon (Jeong Bo-seok). Jae-hoon is fascinated by Soo-jung, and wants to date her. They hit it off, and begin dating. But when they're about to have sex, Soo-jung confesses she is still a virgin. Jae-hoon is turned off by that, and their relationship is ruined. Jae-hoon, who still loves her, decides to make a second attempt, when the two come across each other at a party. But will Soo-jung be so forgiving? The film captured several awards including Grand Bell's Best New Actress Award for Lee Eun-ju, who later would tragically commit suicide at a tender age of 24 while at the height of her blossoming career. 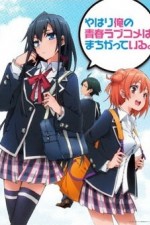